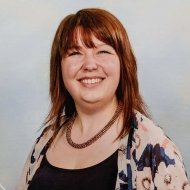 Helen hails from the North East of England and began playing the trombone aged 8, joining the local Hetton Silver Band and Houghton Area Youth Band. Helen has been a member of many North East of England music ensembles including Young Sinfonia and Jambone aswell as being Principal Trombone with the National Youth Brass Band of Great Britain.
Helen completed both her BMus and MMus degrees at The Royal Conservatoire of Scotland studying with professors Simon Johnson, Lance Green and John Kenny. During her studies she performed with a variety of ensembles, winning the RSNO Apprenticeship Scheme in 2011 and was also awarded the Robert McCreath Prize in 2012 for most significant contribution to the brass department over a period of study. Helen has been Principal Trombone of the Reg Vardy Band and Kingdom Brass winning ‘Best Instrumentalist’ at the Scottish Open Brass Band Championships 2010 and ‘Best Soloist’ at the West Lothian Challenge 2011.
Helen has extensive experience of working with young people as a music instructor and in 2012 co-founded of the Gorbals Youth Brass Band, a project bringing instrumental tuition and the lifelong learning of music to young people in Glasgow. Aswell as classical trombone, Helen has a passion for early music and in 2010, became a member of the Britten-Pears Young Artist programme as part of the Baroque Orchestra. She was also awarded The British Reserve Insurance Prize for Early Music in 2009.
Helen conducted the Irvine and Dreghorn Brass Band, competing at the Nationals Finals twice and winning SBBA Third Section Band of the Year 2017. She is currently Principal Trombone with the Kirkintilloch Band and works with The National Youth Orchestras of Scotland as their Classical Ensembles Manager.
We are delighted to welcome her as Resident Conductor with The Kirkintilloch Band.