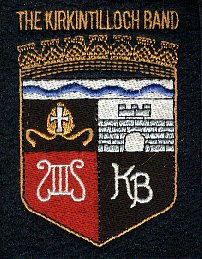 The Kirkintilloch Band was formed in 1890 with funds provided by public subscription and is still a self supporting organisation.
Their first contesting appearances were in the 2nd Section Championship in 1898 and 1899. However it was not until around 1948 that their contesting prowess came to light. The band progressed through the sections in the 1950s and 60s. They made their debut in the 1968 National Championships in the Royal Albert Hall.

In September 2004 Steve Bastable conducted the band at the British Open Championship when they were place 4th; this was undoubtedly the bands best result since its formation in 1890. In 2007 under the leadership of Nigel Boddice they once again became Scottish Champions. In the 2008 Championships Selmer Simonsen was engaged to conduct the band and they were place 2nd and again runner-up in 2009. It the 2008 British Open the band where placed 5th conducted by Selmer Simonsen. In 2013 they again had a very successful year with 2nd place ant the Scottish Championships and the Grand Shield in Blackpool with Conductor Phillip McCann. Then followed representing Scotland at the British Open and The National Championships in London’s Royal Albert Hall.
In 2019 the band gained promotion back to the Championship Section after a year in the 1st Section which they won in 2019.

The Kirkintilloch Band has never had the backing of a sponsor, members pay for all trips and visits to Contests in various parts of the UK and Europe.